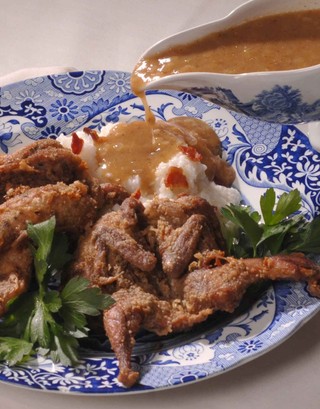 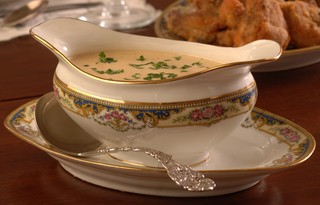 One of the most under-appreciated elements of any cuisine, but of Southern cooking especially, when well-made and carefully seasoned, pan gravy is also the best sauce imaginable. Rich with the browned essence of the food it will accompany, it enhances without smothering, and can partly redeem indifferent or accidentally over-done food.  Read More 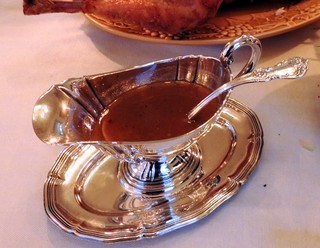 It isn’t my job to tell you what kind of gravy to serve with your turkey. Whether or not you add wine to it, and whether you include the giblets and add chopped boiled eggs is up to you. My job is to show you how to make gravy that’s silky-smooth and delicious. You will need a roasting pan with a heavy enough bottom to withstand direct heat, a degreasing pitcher (fat separator), and a flat whisk. Read More