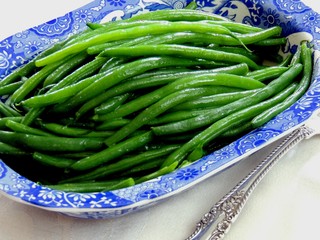 But pole beans are not the only ones that I, and many other Southern cooks, bring to the table. While researching for a lecture on the indomitable Mary Randolph, whose 1824 cookbook was one of the earliest printed records of Southern cooking, I was once again taken by her lucid and careful directions for French beans. Read More 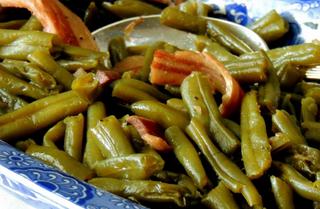 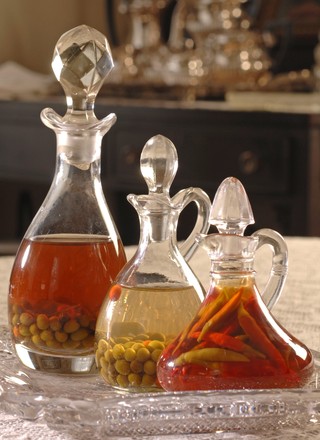 Pickled peppers and the vinegar in which they are cured are important fixtures in a Southern kitchen, both in cooking, where they are used as a flavoring in countless vegetable and meat dishes, and at the table, where they are a condiment that accompanies everything from turnip greens to baked chicken. When a recipe calls for pepper vinegar, it means the vinegar from this, and not hot sauce, so don’t substitute the latter for it, but use a few drops of hot sauce diluted in cider or wine vinegar. Read More 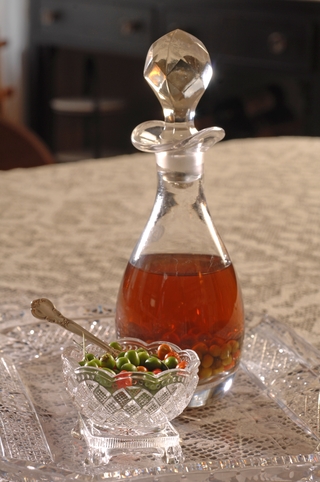 Pepper sherry and a crystal bowl of the fresh peppers, both of which were once essential condiments on Savannah tables. Photography by John Carrington, from my Savannah Cookbook, published in 2008

Once upon a time, a pot containing a pepper plant that produced tiny, innocent-looking peppers no bigger than small peas could be found in almost every Savannah courtyard. Known as “bird peppers,” they only looked innocent: they’re among the fieriest of all the hot pepper clan. Everyone grew them because they were a fixture in Savannah dining rooms. The fresh peppers were passed in a small bowl to be used as a condiment for soup.

But they were also used in an infusion with sherry to create a lovely condiment known simply as Pepper Sherry. Whether it was in an elegant crystal cruet or just a re-used soda or condiment bottle, this fiery, amber liquid graced almost every sideboard in town, from the humblest creek-side dwellings to the most elegant of townhouses downtown. Read More 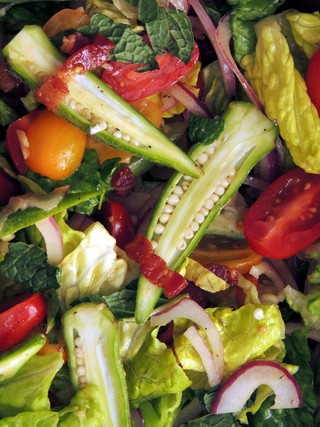 Southern cooking that you may not know about: raw okra and tomatoes weaving their combined magic in the salad bowl.

The union of okra and tomatoes in the pot is an inspired marriages that happens to be one of the great foundations of Southern cooking. From vegetable soup and gumbo to that soul-comforting triad of okra, onion, and tomato simmered together into a thick stew that can be served forth as a side dish, or over rice as a vegetarian main dish, or as the base for heartier main dishes with meat, poultry, and fish or shellfish stirred into the pot. Read More