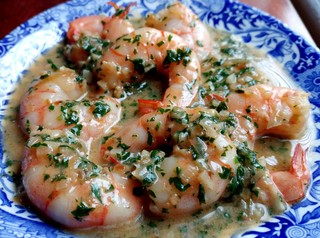 When we talk today of "culinary heroes," we all too often forget the real heroes in cooking: the thousands of unassumingly genuine, curious, and clever cooks of the past who first discovered the techniques that we take for granted. It's on the shoulders of these forgotten souls that our modern culinary knowledge has been built.

Among one the greatest of them was the cook who discovered a simple technique that, over just the right amount of heat would—seemingly like magic—make butter melt in a way that kept it suspended in a liquid, creating a thick, sumptuously silky sauce. Read More

I fail to see a notes section with the shrimp stock directions. Maybe I missed it.