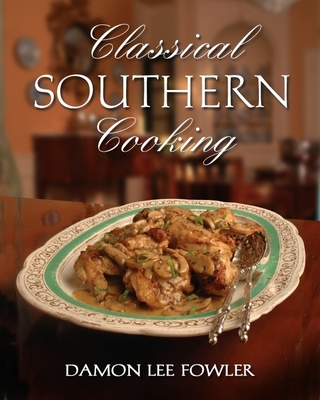 One of most anticipated moments in the gastronomical life of Charleston and Savannah is the return of the small but deeply flavorful brown shrimp to the briny creeks that lace the Lowcountry’s marshes. Simply poached in their shells and served with melted butter, cocktail sauce, or homemade garlic mayonnaise, or sautéed in butter and ladled over a bed of snowy hominy grits, they have no equal, even among the fattest and sweetest Adriatic prawns.

Run a quart of boiled and picked shrimp through the grinder. Then place in saucepan with salt, pepper, mace, and two heaping tablespoons of butter. Heat thoroughly, and put into molds. Pressing down hard with a spoon, and pouring melted butter over the top. Put in refrigerator, and when cold, slice and serve. An excellent hors d’oeuvre, or an addition to tomato salad.”

Let the fish be quite freshly boiled, shell them quickly, and just before they are put into the mortar, chop them a little with a very sharp knife; pound them perfectly with a quantity of fresh butter, mace, and cayenne.

From the Lowcountry in the same era, we have Miss Rutledge’s rather sketchy version –

Pick the shrimps (after they are boiled) from the shells; beat them well in a mortar, and put as much melted butter to them as will make them of the proper consistence to be pressed compactly together; add pepper, salt, mace, and nutmeg to the taste; put the mixture into small pans, and pour melted butter over them about a quarter of an inch thick. If wanted for immediate use, grated bread may be added.”

Mrs. Colquitt’s tablespoon was a kitchen spoon that was larger than the standard measuring implement of our day. She’s calling for about the same amount of butter as Miss Acton. Her logic in reheating the paste is that it helped prolong its shelf life once potted, though refrigeration had made it an unnecessary caution by her day, and interestingly, the older recipes don’t mention it.

Regardless of its provenance, shrimp paste remains a staple throughout the Lowcountry, though today there’s not a single cook left in the region who would make it with a meat grinder, let alone mortar and pestle. Both methods have given way to the food processor. The old ways perhaps did yield a more interesting paste, but the machine makes such short work of it that the sacrifices in authenticity and texture seem well worth it.

All this came to mind because those little brown shrimp have arrived, and shrimp paste seemed just the thing for a recent late Sunday silver-and-linen reception. Here’s how I made it, from Classical Southern Cooking.

Shrimp Paste
Serves 6 as a first course, or 20 for cocktails or tea

1. Fit the bowl of the processor with a steel blade and put in the shrimp. Cover and pulse until coarsely ground.
2. Add the butter, shallots, a large pinch of salt, and a dash each of cayenne, white pepper, and mace or nutmeg if liked. Process until the mixture forms a paste. Don’t over-process it to a mousse consistency: there should still be some texture. Taste and adjust the salt, pepper, cayenne, and mace. Pulse a few times to mix the seasonings.
3. Lightly butter a 3-cup metal mold, or two smaller molds, or a small loaf pan. Press the paste firmly into it, making sure there are no pockets of trapped air. Cover with a plate or plastic wrap and chill for several hours until firm. Alternatively, pack the paste into crocks, cover with melted clarified butter, and chill until needed.
4. To un-mold, stand the mold in a basin of hot water for 1 minute. Loosen the edges with a knife, and invert the mold over a serving plate—the paste should come out with a couple of firm taps on the top of the mold. Smooth any gaps with a spatula and let it stand until it’s soft enough to spread. If the paste was stored in crocks, serve it directly from the crock without un-molding it. Serve with toast or use as a spread of tea sandwiches. Read More

I like this version so much better than the ones calling for gelatin. This one has much more flavor!