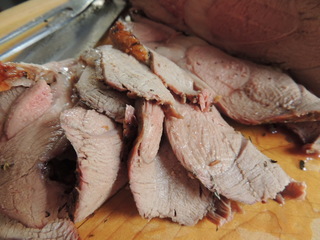 All my life, the way holidays were celebrated has been determined by family obligations. Easter was the lone exception. It was the one holiday with no prior claims on it, the one where we could create our own traditions.

For most of my time in Savannah, I've hosted Easter dinner in my own home or at the very least have planned and executed it from the kitchen of a friend.

Last year laid waste to that tradition. Not only were we locked down and confined just to the two of us, I was hit late-morning with a migraine that put me out for the count. My poor spouse's Easter dinner was bacon and a chocolate pots de crème that was already made; mine was Coca Cola and saltine crackers.

This year, half-way to our full vaccination, we plan on gathering with a small group of friends who have been completely vaccinated and careful. And my hope is for something that gets back at least a little of my old Easter tradition.

We rarely had a crowd. My ideal for any dinner party is no more than six good friends gathered around a big table where there's room for elbows but enough intimacy for the conversation to be convivial and varied but unified, including everyone at the table. Even with as few as eight, the conversation can all too easily get fractured into small tete-a-tetes, where we hear just enough of them all to peak our interest but can't really participate in any, which is just plain frustrating.

With that in mind, over the next few days I thought I'd share a new menu for an intimate Easter dinner for six people. Each recipe is simple and most can be at least partly made ahead so that the cook isn't stuck in the kitchen while everyone's at the table enjoying themselves.

The menu's core is a simple roast lamb. Yes, ham is more usual for an American Easter dinner, especially here in the South. But I love and still prefer the older tradition of lamb. If you just can't stand not having ham, this menu will go well with it.

Thin Spaghetti with Butter, Scallions, and Thyme     or         Potato Gratin with Scallions

I've been roasting lamb this way for at least thirty years, at first only with a whole leg, which really wasn't practical for a small gathering. Now I almost always use a boned cut, butterflying it if it's the whole leg. While It's true that bones add flavor, a boneless roast cooks more quickly, is far less fuss, and is just right for a small gathering.

Bourbon and mint really bring out the flavor of lamb and restores some of the delicate freshness of true spring lamb to the mature meat that passes for lamb in our markets. This quantity serves at least 6 persons with enough leftover for sandwiches or shepherd's pie.

A note on using alcohol on a roast: Some cooks like to flame it before returning the roast to the oven, to prevent the alcohol from igniting suddenly in a small explosion. I've never had this happen, but if you want to go on the side of caution, ignite the bourbon after you pour it over the roast, stand clear and make sure there's nothing flammable (including you) close to it.

Butter or olive oil, for greasing the pan

1. Position a rack in the center of the oven and preheat it to 500° F. If the meat is wrapped in netting, remove and discard the net. Trim away some of the excess fat from the lamb, but leave a thin layer of at least 1/8 inch of fat. Wipe it with paper towels or a clean cloth, then liberally rub it with salt and pepper. Press the mint over the entire surface.

2. Choose a heavy-bottomed roasting pan that will hold the meat without much open space around it. Rub the pan with butter or olive oil. Press the mint over the entire surface of the lamb and put it in the pan, fat side up. Roast in the center of the oven 15-20 minutes, or until well-seared and lightly browned. Remove it from the oven and slowly pour the bourbon over it. If you want to flame the bourbon, refer to the notes above and stand well clear of it when you ignite it.

3. Return the pan to the oven, reduce the heat to 400° F. and roast, basting occasionally with the pan juices, until it's done to your taste, from 25-30 minutes longer for medium-to-medium rare. Don't let the pan get completely dry: Add a few spoonfuls of broth or water as needed. Remove it from the oven, loosely cover it with foil, and let it rest 20 to 30 minutes before carving. Serve with Madeira Pan Gravy (recipe follows) passed separately.

The first step of this is for making lamb broth. If you can't or don't want to make the broth (bless your heart), the gravy can be made with beef or chicken broth but be aware that you'll not get anywhere near the same depth of flavor that homemade lamb broth would lend it. If possible, plan to make the broth at least a day ahead.

For the Broth (optional):

Pan juices from the roast, left in the pan

1½ cups lamb broth (see above) or beef or chicken broth

1. To make the broth: Put the bones and trimmings, ham, onion, carrot, celery top, and peppercorns into a heavy-bottomed 3 quart pot. Sprinkle with salt and add 4 cups cold water. Bring slowly to a simmer over medium-low heat, skimming away any scum that rises. Add the herbs and adjust the heat to a steady simmer. Loosely cover and simmer for at least 1 hour—2-to-2½ hours if possible. Turn off the heat, let the broth cool. Strain, discarding the solids, and cover and refrigerate until needed. Before using the broth, lift off the solidified fat and discard it, or use some of it for making the gravy.

2. To make the gravy: Put the roasting pan over direct medium heat, stirring and scraping the bottom with a wooden spoon until the pan juices are hot. Stir in the wine and bring it to a boil, stirring and scraping to loosen any cooking residue, and boil until the vapors loose their sharp alcoholic aroma, about 2-3 minutes. Remove the pan from the heat and pour its contents into a heat-proof measuring cup or fat separator. Let it settle, and spoon off the excess fat.

3. Wipe out the pan and return it to medium heat. Add 2 tablespoons butter or fat from the roast or broth, and when it's hot and bubbling, stir in the flour, preferably with a flat whisk. Cook, stirring constantly, until hot, bubbling, and smooth, then slowly whisk in the broth and reserved pan juices and wine. Bring to a simmer, stirring constantly, and cook until thickened and smooth and the flour looses its raw, pasty taste. Season to taste with salt, pepper, and Worcestershire and let simmer a minute longer. Off the heat, swirl in the remaining tablespoon of butter, pour the gravy into a heated sauce boat or serving bowl and serve immediately.