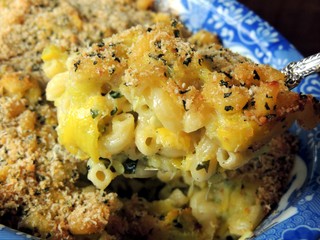 She was standing alone, her regal bearing making her seem much taller than she actually was. Impeccably dressed in a chili-pepper red Chanel suit, her sleek, graying hair neatly pulled back in its signature coil at the nape of her neck, she sipped from an old-fashioned glass cupped in her hand with careless grace, and exuded the kind of timeless beauty and noble elegance that had earned her the nickname "la bella contessa."

My breath caught in my throat. There, within just a few yards of my wondering eyes, was one of the great, iconic teachers of Italian cooking. I had two of her lovely cookbooks and had long admired her simple, direct way of writing and cooking. And she was right there. Alone.

Pinching myself and gathering my nerve, I ambled over, and shyly introduced myself, "Signora Bettoja, you don't know me from Adam's house cat, but I've been an admirer of yours for years and have wanted to meet you for a long time."

Jo Bettoja turned and, with a sly smile and sparkle in her eyes, looked me up and down and, in the thickest South Georgia accent I had ever heard, drawled, "No, sugar, but you sound like you're from my neck of the woods!"

She was right: we were indeed from the same neck of the woods. Though she'd spent most of her adult life in Rome, Italy, and I'd grown up in South Carolina, both of us were Georgia natives. And despite all those years in Rome where, her Italian friends insisted, she spoke Italian without a trace of American accent like a native Roman, her English still resonated with the lazy lilt of South Georgia.

We were at the opening reception of a conference for culinary professionals, teachers, and cookbook authors, surrounded by just about every nationality from every corner of the globe. But our voices went straight home, as if were sitting on a screened porch in Millen or Savannah having a drawling competition. Heads turned, looks were exchanged, eyebrows were raised. And we paid them absolutely no attention.

In true Southern fashion, we were too busy discovering the people we had in common and our shared love for both Southern and Italian cooking. Before our drinks were empty, we were sharing our favorite bawdy Southern jokes, had committed to ditching the crowd to have dinner together, and, as only Southerners and Italians seem to do, were feeling as if we'd known one another for decades instead of the twenty minutes it actually had been.

And so began a (very) long-distance friendship that would span well over twenty years, until almost a decade ago when Alzheimer's robbed Jo of her ability to travel and correspond by mail.

One of the things about this lovely woman that resonated with me was that we'd both come to writing about and teaching cooking in a very unorthodox way. I'd begun as an architect and had never taught anything but a little architectural history. Jo had begun as a model for Vogue, and was working in Rome without a thought to spending the rest of her life there, never mind to teaching its ancient cuisine.

But then she met Angelo Bettoja and fell in love. What happens when a good Southern cook marries an Italian and adopts his home town and cuisine as her own? She becomes a good Italian cook, that's what happens. As her family grew, and Jo embraced the cooking of her new homeland she became known even among her native Roman friends as a fine Italian cook.

Eventually, she and Anna Maria Cornetto, an old friend and fellow former model, noticed that many of their neighbors, who had always depended on hired cooks for family meals, were losing those cooks without any idea of how to reproduce the meals they'd provided. They decided to open a cooking school and went to Milan to study with the celebrated teacher Ada Parasiliti.

Even with that training on top of many years of shared experience, when they opened Lo Scaldavivande in Rome, it was met with both enthusiasm and skepticism. One of Jo's close Italian colleagues shared her reaction to this upstart American's presumption and subsequent conversion. "So, I went down to the school, I climb on the stool, I cross my arms, I cross my legs, and I say, 'Okay, Georgia girl, SHOW me! And do you know, by God, she did?"

And she kept on showing them. By the time she and I shared that old-home evening at that conference, she was one of the most respected and beloved cooking teachers of any cuisine. But at the risk of sounding a bit too patriotic, it has to be said that her reputation as a master in another culinary language other than her native one was no surprise to her fellow Southern cooks. She had simply recognized that the instincts and skills that had made her a good Southern cook were the same instincts and skills that had guided Italian cooks for centuries.

But Jo was beloved for more than just being a good cook and teacher. A large part of what made her so special was a generous heart, ready laugh, and eager joie de vivre. She was a handsome woman, but her real beauty had less to do with looks than with what radiated from inside her.

Last month, that generous heart gave out and the ready laugh was stilled as she succumbed to the complications of her illness. Thanks to that same illness I'd not seen or corresponded with Jo in several years, and had really missed her. Knowing that now I will not see or correspond with her ever again is poignant and saddening. And yet, that eager joie de vivre that she shared with us all will live on in my heart—and, I hope, in my cooking.

When I was working on my second cookbook, Beans, Greens, & Sweet Georgia Peaches, Jo generously gave me this lovely recipe to share in that book.

Nothing better illustrates the way she seamlessly blended her Southern culinary heritage with the cooking of her adopted homeland than this cross between a down-home squash casserole and uptown Roman pasta al forno. When Jo was visiting family in Georgia she made this, as I do now, with that most Southern of squash, yellow crooknecks, but in Rome, she said she "made do" with small zucchini. It's powerfully good no matter which squash you use.

2/3 pound sedanini or pennette (small penne) or other small, tubular imported Italian pasta (lately I've been using Italian elbow macaroni because it takes me back to my own childhood)

1. Gently scrub the squash with a vegetable brush under cold running water, trim the stem and blossom ends, and cut them into 1-inch chunks. Put enough water to cover the squash in a heavy bottomed 4-6 quart pot, cover, and bring it a boil over high heat. Add a large pinch of salt and the squash, loosely cover and bring it back to a boil, then adjust the heat to medium and cook until they're very tender, about 5-8 minutes. Drain well and roughly mash them with a potato masher or fork. Add a liberal grinding of pepper and 2 tablespoons of butter. Chop two-thirds of the basil and stir it into the squash. (They can be prepared to this point a day ahead.)

2. Position a rack in the upper third of the oven and preheat to 350° F. Bring 3 quarts of water to a boil in the pot in which the squash cooked. Add a small handful of salt and the pasta and cook for half the time indicated on the package (about 4 to 5 minutes—it should be underdone). Thoroughly drain and spread it on a large platter. Add the remaining 2 tablespoons of butter and three-fourths of the Parmesan, mixing it in well, and spread the pasta to arrest the cooking.

3. Break the egg into a separate bowl and beat until smooth. Add it and the pasta to the squash and mix well. Lightly butter a 2½-quart baking dish and turn the pasta and squash into it.

4. Chop the remaining basil fine and mix it with the crumbs. (This can be done in a food processor fitted with a steel chopping blade: put both in the work bowl, cover, and pulse until the basil is finely chopped.) Mix the remaining Parmesan with the crumbs and sprinkle the mixture over the top of the casserole. Bake it in the upper third of the oven until the pasta is tender and the top nicely browned, about 30 minutes. Serve hot.

Note: Jo said that the squash could be prepared ahead of time, but don't cook and add in the pasta until you are ready to bake it. If you make the squash a day ahead and refrigerate it, let it come back to room temperature before adding the pasta.

It is! I had two helpings of the one in the picture while I was polishing up the essay. Jo knew what she was doing! Thank you for reading!

What a wonderful tribute to your friend. Condolences for your loss.

Thank you, Marcia. I wasn't as close to Jo as some of our mutual friends were here in Savannah and in Italy and elsewhere, and in a funny way, I "lost" her when Alzheimer's prevented her from traveling and communicating, but it's still sad to know she is gone from us. Blessings,

You captured Jo perfectly! Thank you for this beautiful tribute.

Thank you so much for your kind words and thank you for finding me and reading!