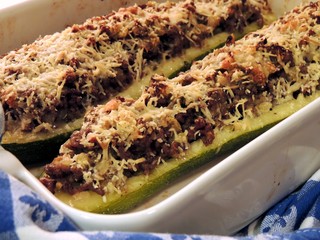 My mother has capably filled many roles in her life—singer, teacher, administrator, pastor’s wife, mother, grandmother, and great-grandmother, but she’s never more herself than when she’s in her garden.

Even from hundreds of miles away, I can see her puttering in that garden as clearly as if I was standing at her kitchen window looking out at it. From early spring until well after the first frost, in the morning and again at dusk, she’d be out there, her face shaded by a big straw hat, her shoes and trousers stained with red clay dust, watering young seedlings, talking to the pest-eating critters who forage among the plants, inspecting the cucumbers, okra, squash, and tomatoes for fruit that has gone from green nub to ready-to-harvest literally overnight.

Although she loves ornamental flowers, and always has a handsome display of them in front of the house, the vegetable garden out back is her soul.

But this year, that vision of her out in her garden is only a memory. For the first time since she was a very small child, that backyard plot was nothing but a couple of tomato and hot pepper plants, a patch of onions that came up on its own, and grass. Age and health issues have slowed her down, and more than eighty years of tending those gardens has taken a rough toll on her skin.

Cooking with fresh produce always takes me home and makes me feel close to her, but now it carries a poignant sadness in knowing that I’ll probably never again be cooking the produce of her prolific green thumbs and the beautiful hands to which they’re attached.

Regardless of where they were grown, of all the produce that makes its way into my kitchen, the thing that most speaks of my mother to me is zucchini. Despite the Italian name it now carries, this long, baton-like squash is descended from a family of edible gourds that are native to America (the word “squash” even derives from a Native American language) and they’ve always been a fixture in her garden.

The most useful thing to know about the name, however, is that it means “little squash,” little being the operative word. For the most part, the smaller they are, the sweeter and more flavorful they’ll be. But every now and again, one would escape my mother’s vigilance and get overgrown. Whenever that happened, especially at this time of year when the late squash often begins to take on a bitter edge, this is what she would do with it.

If you don’t have a squash this large, use two that weigh in at about 12 ounces apiece (three-quarters of a pound).
Serves 4

1. Position a rack in the center of the oven and preheat it to 375° F. Scrub the squash under cold running water. Fill a wide, deep lidded pan with enough water to cover the squash. Cover and bring it to a boil over medium-high heat. Carefully add the squash and a small handful of salt, cover, and bring it back to a boil. Uncover, adjust the heat to a lively simmer, and cook until its barely tender, about 15-20 minutes. Drain and let them cool enough to handle.

2. Split the squash lengthwise and scoop out the center, leaving an outer wall of solid flesh to form 2 boat-like shells. Rub a baking dish or rimmed baking sheet with oil and lay the zucchini in it cut side up. Season it well with salt and pepper. Roughly chop the pulp and set it aside.

3. Film a skillet or sauté pan with oil and put it over medium high heat. Crumble in the beef and cook, stirring and crumbling it with the spatula or spoon, until it’s lightly browned. Transfer it to a mixing bowl with a slotted spoon. Spoon off all but 1 tablespoon of the fat from the pan and add the onion. Sauté, stirring often, until softened, about 4 minutes, then add the garlic and sauté until fragrant, about 15-30 seconds. Stir in the chopped zucchini pulp and cook, stirring often, until its liquid is evaporated. Turn off the heat.

4. Add the contents of the skillet to the ground meat and mix in the Italian seasoning, breadcrumbs, and a liberal grinding of pepper. Mix in ¼ cup of the cheese. Divide the filling among the zucchini shells. Sprinkle the remaining cheese over the top and bake until hot through and the top is golden brown, about 30 minutes.