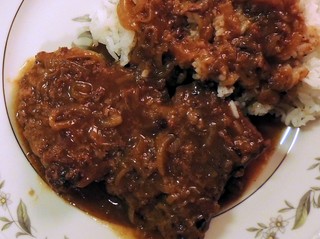 The epicenter of Maple Grove’s business district (if one could presume to call their little Main Street a district) was the intersection where Elm and Sycamore Streets, the east-west corridor through town, met at Main, the shady divided avenue that ran north and south through the center of town. And on the southwest corner of this intersection was the town’s real heart, The Cozy Corner Café, known to everyone in town simply as “Carol Ann’s.”

Until just after World War II, the building was Benson’s Rexall Drug Store, but it had been the town’s main diner ever since old Doc Benson’s maiden daughters converted it into a tea room in the late 40s. Its present owner was Carol Ann McCarter, one of Charlie Bedford’s classmates in high school, who’d bought the building from the last surviving Benson sister on a whim and a shoe-string. She had just divorced her lying, cheating snake of a husband and needed a project.

A down-to-earth, gum-popping, wise-cracking woman, Carol Ann might have been thought a real beauty had she not been so hardened by disappointment. But never mind: She had a good heart, and threw herself body and soul into that café, determined to preserve what the Benson girl’s tea room had been to Maple Grove.

And she succeeded far more than she ever dreamed, thanks in no small part to Juanita Jackson, who was arguably the best (and most temperamental) cook in at least four counties. Mrs. Jackson was one of those gifted African-American women who’d literally grown up with a spoon in her hand. She’d been working for the Benson girls since she was barely fifteen, and by the time she took over the kitchen from her own grandmother, was cooking with the finesse of a woman more than twice her age with at least four times her experience.

Between the two of them, Juanita and Carol Ann served up in equal portions unapologetically homey but delicious food, bottomless cups of steaming coffee, endless glasses of frosty sweet tea, the best fried chicken and sweet potato and pecan pies in the state, and a forum for all the local gossip that was worth hearing.

There was a printed plastic-sheathed menu tucked into the condiment caddy at every table, with all the usual diner breakfast and lunch staples, but few people ever looked at it. For one thing, most of the locals had it memorized, and for another, they all knew that the better part of wisdom was to order from the dusty black chalkboard that hung over the lunch counter. That’s where the daily specials were scrawled in Carol Ann’s loopy longhand, and those hearty, home-style specials were where Juanita’s gift really shone.

There were never less than five main dish specials and at least as many sides (which, by the way, are always referred to as “vegetables” in a Southern diner—even the mac-and-cheese and rice-and-gravy). Served forth with house-made biscuits, yeast rolls, and cornbread muffins, and bottomless glasses of sweet tea, it wasn’t haute cuisine by any stretch of the imagination, but it sure was good.

Asking Juanita how she made something was like asking a blank wall for one of its bricks, but Carol Ann, knowing that her business’s survival rested on her cook’s ample but frail shoulders, paid more attention to her cook than the old woman ever realized, and kept good notes. Here, then, in her own words, Carol Ann tells how Juanita made her best-selling country-style steak.

Now, I know that what everbody really wants is the secret to Juanita’s chicken, but what I say is, people in Hell want ice-water. Even if I knew the secret (and I don’t—so don’t ask me: there’s some things that nobody will ever get out of that woman), I’d be outta business in a real happy hurry if I gave that one away. But her country steak is nearly-bout as popular as her chicken, and between us, I like it better anyhow. I mean, fried chicken to my way of thinking is for a special occasion and in’t something you want to eat every single day. At least, I don’t. But I could eat this here steak for breakfast, dinner, and supper and never get tired of it. Just don’t tell her I said that about her chicken, because I’d never hear the end of it.

Now, I am giving you a small version of the thing as best I can break it down. I never saw her make less than fifty servings of this at a time, and while I can fry an egg and flip a hamburger well enough, I ain’t gonna pretend that I got Juanita’s gift, and breaking this down for one family meal is a stretch for me. The thing you gotta do with it is taste as you go, because that’s the only way you’re gonna get it right.

The one thing Juanita would tell you is not be in a hurry. If I heard her say it once, I heard her tell Keisha, her assistant cook, a hundred times: “slow down—you ain’t in no race with nobody.”

2 pounds cubed steak cut ½-inch thick before it’s cubed—we get it from Bill Grover
Salt and lots of fresh-ground black pepper
Granulated garlic powder, like we get in the big box from the food supply company
2-3 medium-sized yellow onions
Flour spread on a rimmed sheet pan
4-6 tablespoons of bacon grease, or half that and 2-3 tablespoons of vegetable oil
About 1½-2 cups meat broth
Worcestershire sauce

1. The first thing you want to do is go ahead and cut your steak into serving pieces that are all about the same size—say, about 3-inches across. Season them really good with salt, pepper, and a little of the garlic powder on both sides. Next, trim the stem and roots off your onions, cut them in half, and then pull off the peelings and slice them real thin. You’ll want about 4 cups of them, and onions ain’t all the same size, so you’ll just have to keep at it until you’ve got enough.

2. Now, in the café, Juanita uses all bacon grease, because Lord knows we produce enough of it every morning. But don’t tell Dr. Mac because he would say we was trying to give the whole town a stroke. You can use half bacon grease and half vegetable oil if you want—or all vegetable oil if you need to be dainty, but I’m going to tell you up front that it won’t be as good. Anyway, regardless of the fat, put enough of it in a big cast iron or heavy-bottomed skillet that’s got a lid that’ll fit it to cover the bottom and put the pan over a medium fire.

3. When your grease is good and hot but not smoking up, roll your seasoned steaks in the flour, shake it a little to get off any loose flour, and lay them in the pan. Raise your heat to medium high and brown them real good on both sides—it’ll take a couple of minutes on each side—and then take them out and put them on a clean sheet pan. You might have to do the browning in batches if your pan in’t big enough to hold all your pieces of steak without crowding them.

4. Now once your steaks are all browned, put your onions in the pan and cut your heat down a little. Let them fry, giving them a toss every so often and scraping the pan good to loosen any brown stuff that may have stuck on the bottom, until your onions are good and soft and a nice golden-brown, about 5 minutes or so—honestly, I never looked at the clock.

5. Sprinkle a good handful of flour over the onions and stir it in until everything is real smooth. Keep stirring and let it bubble for a minute or two, then pour in your broth real slow, stirring it real steady without stopping. You’ll need enough gravy to completely cover your steak, so if the amount I gave don’t seem like enough, why, just keep adding until it does. Once your broth is all mixed in, cut the heat back up and keep stirring and scraping until it comes to a good boil.

6. Put your steaks back in the pan and pour in any juice that collected in the sheet pan where they was sitting, dash in some Worcestershire, to taste, and cover your pan. Cut the heat down to a real slow simmer and let it cook, every now and again stirring and turning your steaks, until they’re tender enough to cut with a fork and the gravy is thick enough to suit you, about 45 minutes to an hour—again, I don’t never watch the clock when Juanita’s cooking because I got other things to do. If your gravy seems too thick when the steaks get done, thin it out with a little water. If it’s too thin, why, just run up your heat and let it boil down a little.

7. In the café, Juanita takes up the steaks to a steam table pan, then tastes the gravy and adjusts its seasonings, and then pours it over the steaks. Then we keep it on the steam table until somebody orders. But you can just leave them right in the pan or take them up to a warm platter if you want to be fancy.