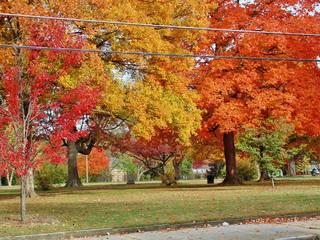 But then he came home one afternoon to a note, an abandoned ring, and a half-empty apartment, and his charmed life began to unravel. Before he knew what was happening, he found himself right back where he’d started, in his run-down childhood home in Maple Grove, a sleepy little village in the hills of upstate South Carolina. Faced with beginning again, he’s also faced with old friends who won’t leave him alone, and with the realization that home may not have been the horrible, backward place he’d made it in his head.

Although cooks and cooking are not central to the story (indeed, a running sub-theme is the fact that Charlie doesn’t cook), food and eating are at the heart of almost any Southern story, and the undernourished hero finds himself surrounded by cooks who are hell-bent on feeding him. Since I’ve always maintained that recipes were stories, I early on considered using the recipes for the food in the story as a device for character development—a recipe for food that’s part of the story would be presented in the voice of the character who made it.

The idea wasn’t bad, and the recipes were a useful device in helping to solidify those characters in my own mind, but they didn’t move the story along, and the device was quickly laid aside. Still, I thought I’d begin introducing some of the good people of Maple Grove to you all by sharing a few of their recipe-stories.

The first food mentioned in the story is a chocolate pound cake, which seems especially right as the recipe-story to share today, since this is my birthday, and that’s the cake my mother always made for me. I’d give just about anything to have just one bite of one of those cakes today, but that’s a story for another time.

The chocolate pound cake that follows is the handiwork of Bessie Grayson, a widow in her mid-sixties who is Charlie Bedford’s closest neighbor, and is presented to him as a welcome-home gift. Childless, lonesome, and old before her time, Bessie gets her entertainment from poking her nose into other people’s business and soothes her conscience by cooking for them. Her pound cakes are legendary, but not even they can get her past the wall Charlie has built around himself.

It’s my experience that the way someone cooks, and the way they talk about it, often says more about them than they realize, so here, in her own words, is—

I made my first pound cake by myself when I was ten years old. My own opinion is that no child should be left alone in the kitchen at any age, let alone that one, but Mama showed me how to do it and then left me on my own and told me I’d better get it right. Well, that thing fell and had a sad streak wide as a house. She give me down the country for not doing what she told me with it and, to tell the truth, I almost just quit then and there. But the more I thought about it, the madder it made me, which probly in’t a surprise to nobody that knows me good. Anyway, I was determined to lick that thing—if for no other reason than to show Mama I could do it without her. And I did: nowadays everbody says my chocolate pound cake is the best they ever had. The thing is, a pound cake takes practice: there in’t nobody what’s ever got it right the first time. So stop worrying if your first one in’t perfect, because it won’t be.

¾ of a pound box (3 sticks or 1½ cups) unsalted butter
3 cups good cane sugar
6 large eggs—and they better be fresh (I use the Edmonds’ eggs I get down at Grover’s)
2½ cups flour (you can use any brand of all-purpose, but I like that White Lily brand)
½ teaspoon baking powder (I use Rumford’s and so should you if you want it to be right)
1 teaspoon salt
½ cup good cocoa (you don’t need that fancy stuff my brother Jack brings me from Charlotte, but it helps)
1 cup evaporated milk (not that fat-free mess, either)
1 teaspoon pure vanilla extract (don’t be using that cheap imitation stuff)

1. Now first, let your butter sit out of the Frigidaire to get good and soft, then get your pan ready. Rub it good with butter and put in a spoonful or so of flour and shake it around until that butter is dusted all over, then shake out what’s left over. I use a 10-inch tube pan that somebody give me when Jeter and me got married, but some people uses two 9-inch loaf pans: it’s up to you. Get your stand-up mixer ready and put your butter in the bowl. Cut the mixer on to about a medium speed and cream that butter real good, then add your sugar and cream it until it’s real light-colored and fluffy. People says until “lemon-colored” but, honestly, I never in my life seen a lemon what looked like that. Now, beat in your eggs one at a time, but don’t go beating the heck out of them or you’ll beat out all the air you done put in your butter. Turn off your mixer.

2. Sift together your flour, baking powder, salt, and cocoa. Cut your mixer back on and mix your flour and evaporated milk into your batter, adding about one-fourth of each at a time and stirring real good between each addition. When all the flour and milk are used up, stir in your vanilla. Now, spoon your batter into your pan. You can use two loaf pans, putting half your batter in each one, but I never done it that way, so you’ll have to figure it out on your own.

3. Now then, there’s gonna be a lots of big air bubbles in that batter, so get you a table knife and run it through the batter like you’re drawing a big “S:” that’ll get some of them out. But then you need to bang your pan on the counter a few times to force the rest of them up to the top.

4. Now, some folks will preheat their oven, but the way I always done it is to put my rack in the dead middle of my oven and put my cake in there on it, then I shut the door and turn the oven on to 300 degrees. I don’t open the door again for at least a hour. It usually takes about 1½ or even 2 hours, but I don’t know your oven, so you’re just gonna have to work that out on your own over time. Just don’t peek at it during that first hour, no matter how bad you want to, or you’ll give your cake a sad streak for sure.

5. While it’s cooking, break you off a straw from your broom and clean it good. When you think your cake might be done, stick that straw in the middle of it. If it comes out clean, why, it’s done, but if it has little pieces of wet cake stuck to it, it ain’t. (People that cooks this in a loaf says it will be done a little sooner than a tube cake—but, like I say, I never done it that way, so I wouldn’t know.) When your cake is done, turn off your oven and crack the door a little. Let your cake cool in there for half a hour, then take it out and turn it out of the pan.