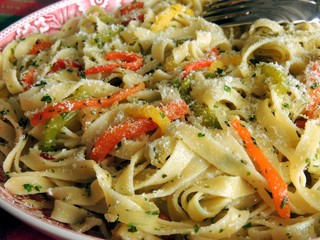 He knew that old Dr. Eliot, the physician who’d delivered him and seen him through childhood, had retired, but had no idea who’d taken over the practice. And so he also had no idea he was about to be reconnected with an old friend. There he was, sitting uncomfortably on the crackling sanitary paper cover of an exam table in nothing but his undershorts, when one of his oldest and best friends save for Boyd came through the door: Brian “Sandy” McMillan.

It was the last person he’d ever expected to see. Captain of the football team, class president, head of the honor society, and arguably the handsomest boy in their class—Sandy was the boy that all the girls had had a crush on and the one that all the boys wanted to be. He and Charlie had been going places, places that were as far away from their little hometown as they could get, and had gone their separate ways almost as soon as they had their high school diplomas in hand.

And yet, twenty years later here they were back in Maple Grove, seemingly to stay: Sandy, as “Dr. Mac,” the town’s main physician; Charlie, as the town’s fallen celebrity and Dr. Mac’s most depressed patient.

What had happened, in Sandy’s case was simple: when Dr. Eliot retired, the town wasn’t able to interest anyone in taking over the practice, and since Sandy had become a respected physician-teacher at the medical university in Charleston, the town council had asked for his help recruiting a student for the job. It just happened to be at a time when he felt the need to be closer to his parents and his own family’s challenges had warranted a change of scenery. He decided to take over the practice himself, and came home. Soon, his old nickname was forgotten, and he came to be known by everyone in town as “Dr. Mac.”

Reassuring Charlie that there was nothing wrong with him that diet, exercise, and a well-planned attack on his depression couldn’t fix, Mac made his own contribution to the diet part by issuing an invitation to dinner on a Friday evening when his wife and two sons were away. He then made his own light attack on the depression part by pointedly reminding Charlie that he was not the only person on the planet ever to have shed a tear.

Here, he tells how he makes the fettuccine with sweet peppers that he fed Charlie that night:

Fettuccine with Peppers and Onions

While I was finishing medical school, my wife, Kate, and I rented a little garage apartment from a first generation Italian known to everyone as Mama Rosa. I think her main mission in life was to feed the world, or at the very least, everyone she knew and the people who knew them. Unlike the other Italian nonnas in our neighborhood, she loved passing on her culinary wisdom and secrets, and tried her best with Kate. Unfortunately, while my bookish historian of a wife has many wonderful qualities, she’s pretty much hopeless in the kitchen. So even though I was up to my neck with my studies, it was I who got the benefit of Mama Rosa’s penchant for teaching. What that woman could do with just a few simple ingredients was fascinating, and it made a nice break from my lab work.

Anyway, this simple pasta is one of my family’s favorites. Usually we have it as is, maybe following it with a salad as Mama Rosa did, but the night Charlie came for dinner, I pan-broiled chicken breasts, sliced them up, and added them to the peppers at the end. I mean, the man was a good ten pounds underweight and needed protein. Mama Rosa always peeled the peppers. She’d roast them over the gas burners on her stove until the skin blackened and blistered. It does taste better, but with a busy practice to contend with and two boys who are always hungry, I don’t usually bother with that step.

1. If you want to do it the way Mama Rosa did, get a pair of long tongs and hold the peppers over an open gas flame, turning them around until the skin is black and blistered all over, then put them in a paper bag for a few minutes. After that she skin should rub right off. As I say, I just leave the skins on most of the time. Stem, core, and remove the inner white membranes from peppers. Cut them into strips about 1½-inches long and ¼-inch wide. Trim, halve, and peel the onion, and cut it long-ways into ¼-inch wide strips.

2. Heat the oil in skillet large enough to hold all the cooked pasta over medium heat. Add the peppers and onion and sauté, tossing often, until they’ve wilted and the onion is translucent, about 8 minutes. Add the garlic and hot pepper and toss until you really smell the garlic but don’t let it color. Season it with a light sprinkling of salt, lower the heat, cover the pan, and cook until vegetables are tender, about 10 minutes more. Uncover, add the parsley and oregano, toss, and turn off the heat. Leave it uncovered.

3. While the peppers are simmering, bring 4 quarts of water to a boil hard. When the peppers are done, stir a small handful of salt into the water and stir in the pasta. Cook, stirring occasionally, until it’s al dente. Mama Rosa always said that Americans either overcooked or undercooked their pasta. It should be firm to the tooth, but it shouldn’t be pasty and hard in the middle.

4. When the noodles are almost done, reheat the sauce over medium low heat. Drain the noodles and turn it into the skillet. Toss until they’re evenly mixed. Turn off heat, add cheese, and toss. Taste and adjust seasonings, and serve it right away.