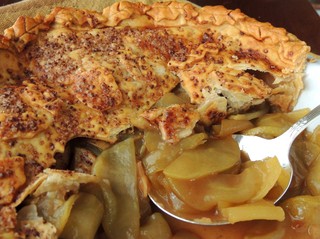 Any writer will tell you that there’s nothing to equal the exhilarating feeling that comes with finishing a piece of writing. Whether it’s a whole book, a magazine article, or just a short essay like this, it’s like winning a door prize, finally being let out of jail, and reaching the top of an impossible mountain climb or finish line of a marathon, all at once.

But then. What immediately follows is an awful, restless sense of “what now?” It’s almost like being abandoned. That piece of writing has been your sole life’s purpose for days, months, sometimes years. And now it’s finished . . . with nothing to take its place. It’s not quite like writer’s block, but sometimes it feels worse.

The brain is still preoccupied with that old idea and isn’t ready to let go of it; a new one hasn’t yet come along to fill that intellectual and creative gap. And no amount of practical “stop fretting: it’ll come” will make us stop fretting.

Solitaire, editing and re-editing the old piece, scrubbing the bathroom tile grout with an old toothbrush, cleaning out the spaces in keyboard of the computer with a cotton swab—really anything will suffice to fill up the time rather than sitting and staring at a blank screen and living with that awful, lost feeling of “what now?”

This fall, that “what now” paid me a visit in a double whammy: a cookbook and the draft of a novel finished within spitting distance of one another. Those two have been like bookends for my imagination: when there was a sticking place in the cookbook, the novel was there to fill in the gap—and vice versa.

But now the cookbook is published and the novel, a sequel to another as yet unpublished work, is waiting for me to get off my procrastinating behind and find it a publisher. Trying to sell yourself is one of the hardest things that any writer has to face, mainly because most of us are introverts: it’s why we like sitting by ourselves at a keyboard.

Well, the good thing about food writing is that it comes with a bonus job: even when we’re not actively writing about food, there’s always something to cook. And honing the culinary craft is equally as important to writing about cooking as staying on top of the writer’s craft.

There was a bowl of bright Granny Smith apples waiting on the kitchen hutch and a client waiting for me to adapt one of my own recipes for its cinnamon-infused sugar. There was also a chill in the air, the leaves on our pecan tree were actually changing, and the crisp autumn sunlight was making the tree’s shadow long across the backyard. An old-fashioned apple cobbler was just the thing to fill up a golden afternoon like that.

It was no cure for “what now?” but it made living with it a lot easier.

1. Position a rack in the center of the oven and preheat it to 400° F. Peel, core, and thinly slice the apples. Put them in a ceramic or glass bowl and sprinkle them with Turbinado sugar to taste, cinnamon, nutmeg, and the bourbon. Toss gently and let stand while you prepare the crust.

2. Roll out 2/3 of the pastry to a little less than 1/8-inch thick. Line a 9-to-9½-inch deep-dish pie plate or 9-inch round casserole with it. Trim the edges of the crust so that the pastry overlaps the sides by about half an inch. Lightly prick the bottom with a fork. Sprinkle the instant-blending flour over the apples, fold it in, and pour the apples and their accumulated juice into the pastry-lined dish. Level them with a spatula.

3. Roll out the remaining pastry, trim it to completely cover the top of the cobbler, cut 2-3 vent holes in the pastry with a small, decorative cutter, and lay the pastry over the apple filling. Moisten the edges with cold water and fold the bottom pastry over it, then crimp the edges to seal it. If you like, cut decorative shapes out of the excess pastry, paint the backs with cold water, and lay them over the edges of the crust. Brush the entire top crust lightly with the diluted egg white and sprinkle it a tablespoon of Turbinado sugar.

4. Set the dish on a rimmed baking sheet and put it into the center of the oven. Bake 25 minutes, then reduce the temperature to 375 degrees. Bake until the filling is bubbling at the center and the crust is golden brown, about 30-35 minutes longer. Let it cool on a wire rack for at least 15-20 minutes before serving, if liked, with a scoop of vanilla, cinnamon, or dulce de leche ice cream.

2. Gather the pastry into two balls (for the above recipe, make one a little larger than the other) press each one into a 1-inch thick flat disk, and cover with plastic wrap. Refrigerate at least 30 minutes or for up to 2 days. Let it come almost to room temperature before rolling it out.