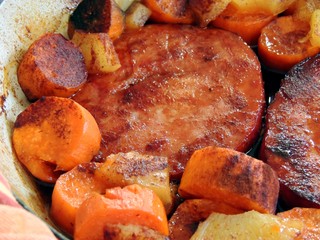 Not surprisingly, during the early part of the twentieth century, those canned pineapple rings began turning up in all kinds of “fancy” dishes Read More 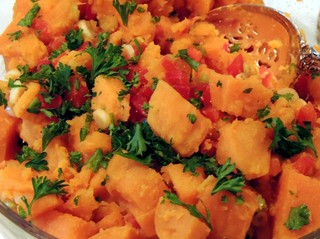 My sweet potato salad as made by friend Betsy Hollis for the recent Manna Club gathering where my cookbooks were honored and celebrated.

After I left architectural practice and was waiting for the publication of my first book, Classical Southern Cooking, in a moment of what can only called temporary insanity, I let a former cooking student sweet talk me into opening the kitchen of her new downtown café. Though I had long been writing about andteaching home cooking, I had absolutely no professional cooking experience. But she needed a cook and I needed work and, besides, wanted the experience.  Read More