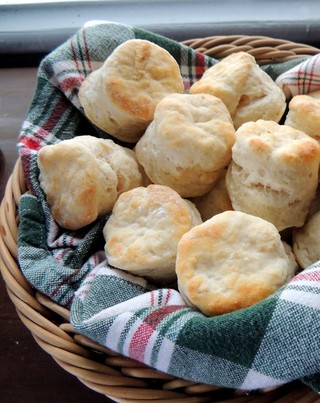 You must understand that those loose regional boundaries are very loose indeed. Within them are states and sections of states that both define and defy them. Texas is an entity all in itself, as are Louisiana, Kentucky, Virginia, and the Lowcountry of Carolina and Georgia, especially when we begin talking about cuisine. But they’re helpful in lending structure to any discussion of Southern culture in general and Southern cooking in particular.

The first five distinct cuisines to emerge from this patchwork of regions also follow the patterns of European colonization. The oldest is that of Virginia, often called the “mother cuisine” of the South, next to it in age is the rice-based cuisine of the Carolina-Georgia Lowcountry, then the fraternal twin cuisines of Creole and Cajun Louisiana, and, finally, the cuisine of Appalachia, which until recently has been given very little attention.

To those five, one could arguably add two distinctive cuisines from the edges: Tex-Mex and the Cuban-Caribbean influenced creole cookery of South Florida, even though these two are often not considered “Southern” and their influence on the rest of the South is only beginning to be studied and debated, let alone understood.

Now, those are obviously not the only identifiable historical cuisines to be found in the South. For example, the cookery of Mobile, Alabama, which was actually the first capitol of French Colonial Louisiana, stands out as a good example. Though in many ways its history and some of its salient features parallel the Creole cookery of New Orleans, Mobile’s cuisine was unique.

All the same, those big five historical or mother cuisines are the fertile soil from which most of the South’s cookery have sprouted. Over the next few essays, we’ll begin to explore that big five. I use “mother cuisines” reluctantly because they themselves grew from older ones, as we’ll see, but we can’t start in ancient America, Europe, Africa, and the Western Asia and work our way up or we’d never even get to the subject of the old South, let alone the modern one, within our lifetime.

While all these cuisines can be said to have grown out of a mélange of Native American, African, and European cookery, they are all unique and their differences rest in the places in Africa and Europe from whence the immigrating settlers (whether enslaved or free) came, the places where they settled, and with which native Americans they interacted.

Meanwhile, I’ll leave you with something to chew on. No cuisine can be defined by a single dish or foodstuff. To try to separate out a single thing to represent each of these cuisines is probably foolhardy and not unlike lumping Southern cooking in general into that hackneyed triad of fried chicken, barbecued pork, and sweet tea.

But there are elements to any kitchen that will tell you without fail where that kitchen is in the world. And there has to be a starting place, so I’ll introduce each cuisine with a discussion of a key element or dish essential to the cuisine that, at least to my mind, characterizes it.

When it comes to Virginia cookery, ham is a good place to start. While Virginia is by no means the only Southern state celebrated for its hams, it was the first. Famous well before the Revolution, Virginia’s hams have been its calling card to the world. When founding father Thomas Jefferson was sent to France as a diplomat late in the eighteenth century, he claimed to find nothing to equal the hams of his native Virginia, and Queen Victoria had a standing order for them. It’s impossible to talk about Virginia cooking without them.

The obvious defining ingredient of the Carolina-Georgia Lowcountry to begin with is rice. The Lowcountry is the only part of the South in which the money crop was food: Rice built, sustained, and in some ways brought down the vast wealth that the region once knew. Like China, rice was part of every Lowcountry meal. One of the region’s great apologists, the late Vertemae Grosvenor, recalls being stunned, after moving away from the Lowcountry in her childhood, to discover that there were people in the world who didn’t eat rice every day.

Next are those fraternal twin cuisines, Creole and Cajun cookery. While the two have a lot in common, and both have roots in France, they’re completely separate cuisines. Unfortunately, over the last three decades they’ve been carelessly lumped together and have gotten hopelessly confused with one another. To understand them, we have to undo the tangle.

When this outsider thinks of Creole cookery, I think of the sauce that bears the name. It’s in so many dishes, and often the name “à la Créole” is applied to a dish because this sauce is an element. Of course, tomato-based sauces called “sauce à la Créole” or “salsa criolla” are found all over the Caribbean, but the way in which the tomatoes and seasonings are brought together in the Louisiana Creole version is unique and so characteristic of the cuisine.

“Cajun” is a foreshortening of “Acadian,” specifically, the French Acadians who fled Nova Scotia and ended up in both Maine and Louisiana. Not at all the same people as the French Creoles of New Orleans, theirs is a cuisine that could only have happened in the bayous where thy settled. It’s tempting to choose “jambalaya” thanks to that bayou pop-anthem that begins with the culinary litany “jambalaya, crawfish pie, and filé gumbo.” But the ingredient this outsider thinks of is the crustacean that’s also in that litany: crawfish.

Also known as crayfish and “mudbugs,” these crustaceans are by no means unique to the bayou. They’re also an element of classic Creole cookery. And in my childhood, we used to catch them in a little creek near our house in upstate South Carolina. But no other people have embraced this critter and fully appreciated its attributes as have the bayou Cajuns.

Finally, the cookery of the mountain South is the least understood and is only just now being recognized for its important place in the history of Southern gastronomy. Because it has been ignored and, thanks to things like The Beverly Hillbillies, the subject of tongue-in-cheek humor and ridicule, choosing this characteristic dish borders on patronizing, but the thing I most closely associate with Appalachia is cornbread and pot liquor.

Yes, I know that’s two things, but at the table, they really become one.

The over-reliance on cornbread as subsistence food in Appalachia was the main reason for the horrendous outbreaks of pellagra that plagued its people, and the paring of cornbread with pot liquor (“potlikker” if you’re trying to be folksy and cute), the broth that’s the result of cooking vegetables, especially leafy greens, with a piece of salt-pork as seasoning, is deeply characteristic of the frugal cooking of this region.

No doubt many of you from within and without these regions are going to argue that these are lame and I don’t doubt that they are. But they’re as good a place as any to begin and we have to start somewhere. And in the next installment, we’ll begin with Virginia and ham.