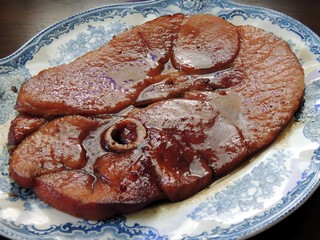 Old, in the context of culinary history, is relative. The cuisines that collectively make up the thing we loosely refer to as “Southern cooking” aren’t exactly ancient when compared with their root cuisines in Europe, Africa, Native America, and Asia, but they’re actually a good deal older than we often suppose.

As early as the mid-seventeenth century, for example, the cookery of the Virginia Tidewater had already solidified into a cuisine that was unique to the region and would be easily recognized by modern Virginians. And by the middle of the eighteenth century, the rice cuisine of the Carolina Lowcountry, the Creole cookery of New Orleans, and, many believe, the still largely undocumented cookery of Appalachia had taken on the basic form that they have today. In short, most Southerners could go back two centuries and feel right at home at the table.

That said, many of our most iconic, argument-provoking dishes are really not much older than my generation, dating from no later than the middle of the last century—at least, in the form that we recognize today.

One such thing is the popular mid-twentieth-century mode of cooking a whole dry-cured (“country”) ham in Coca-Cola (and yes, that’s brand specific). Added to the water bath of a “boiled” ham or simply poured undiluted over the ham if it was baked, it was the same idea as the nineteenth century practice of cooking it in champagne, and might very well have begun as a substitute for that during prohibition, although that’s speculation and not documented fact.

At any rate, however it began, ham cooked in Coca-Cola quickly became a standard. Not only was it cheaper than champagne, in parts of the South where cooking with alcohol continued to be a taboo long after prohibition’s end, it was more readily available, and leant things to the ham that sparkling wine didn’t. It was also no longer limited to the preparing of a whole ham.

As households became smaller, regularly cooking a whole ham was no longer practical and began to be reserved for special occasions. Ham steaks (one-to-two-inch-thick bone-in center cuts), on the other hand, were just right for family meals, and took well to a sweet, acidic cola bath. Type “ham in Coca-Cola” in your internet browser and most of the hits will be for that.

If you still cook a whole ham and haven’t tried it with Coca-Cola, allow two twelve-ounce bottles (preferably of Mexican Coke) either in the cooking water or undiluted in a covered baking pan. If you’re turning up your nose at the whole notion, well . . . Bless your heart.

The old recipes were developed before Coca-Cola’s formula was changed to include high-fructose sweetener. The modern version will still work, though it’s a little cloying for my taste. Those sweetened only with cane sugar, such as the ones manufactured in Mexico, will give the best results. Mexican Coca-Cola’s are becoming more widely available at specialty grocers.

Unhappily, what you’ll have trouble finding is the right ham: You’ll be hard pressed to find an uncooked dry-cured (country) ham steak that’s thicker than a quarter of an inch or a brine-cured steak that’s more than half an inch thick. Neither one will be quite as nice, but they’ll still work. What you don’t want is one of the fully-cooked boneless compressed oval “steaks” that have become commonplace in recent years.

1. Preheat the oven to 350° F. Mix together the brown sugar, mustard, and cayenne in a small bowl. Take the ham steak from the packaging and thoroughly drain away any liquid. Pat it dry.

2. Lightly butter a 9-by-13-inch baking dish and put in the ham. Rub the brown sugar mixture over the top and pour the Coca-Cola around its edges. Bake for an hour, basting occasionally with the pan juices.

3. Transfer the ham to a platter and let it rest 10 minutes before slicing. Using a wooden spoon or spatula, stir up the pan juices, scraping the dish to loosen any cooking residue, and pour them into a skillet. Put the skillet over direct medium-high heat and bring the pan juices to a rolling boil. Boil until they’re reduced by three-fourths and syrupy. Turn off the heat and pour it into a sauceboat or small serving bowl. Slice the ham and drizzle it with some of the pan juices. Serve with the remaining pan juices passed separately.

I am so glad youentioned what type of ham. It's not the packaged stuff you find in the grocery store readily. I do love that as well in certain situations. This is just about the same recipe I use. I'll make this one over the weekend and let you know how I fare!

Thanks so much for reading, and please do let me know how it turns out! I've had to make this with a brine-cured ham steak that was about 3/4-inch thick. It came out pretty good, but I'd dearly love to find a good 1-inch-thick dry-cured ham steak!